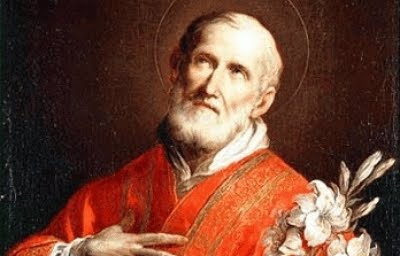 St. Philip Neri was beatified in 1615, five years after St. Charles Borromeo was raised to the altars, and canonized in 1622 in company with St. Ignatius Loyola, St. Francis Xavier, and St. Teresa of Avila.  This group could be said to represent in a unique way the extraordinary vitality of the Catholic Reformation of the sixteenth century, in renewal of Christian life, in mystical prayer, and in missionary endeavor.  All are remarkable personalities, but none perhaps is so compelling in breadth of humanity coupled with depth of holiness as St. Philip.  Like Francis Xavier, he longed to do mission work in India; like his friend Ignatius Loyola who also greatly desired the foreign missions, he felt himself compelled to remain in Rome, and he exercised his apostolate in the heart of the Church.  Like St. Teresa he was a master of the mystical life, regularly overpowered by ecstatic experiences of the indwelling Holy Spirit.  And like his other close friend Charles Borromeo, he did much to reform both clergy and laity and to bring the intentions of the reforming Council of Trent to realization.

Among the salient points of St. Philip’s character and work, there are many that make him stand out as a particularly important saint for our time.  Let us look at a few of these.

Philip began his apostolate in Rome as a layman among laymen.  He only reluctantly presented himself for Holy Orders in his late thirties under the counsel of his spiritual fathers.  The foundations of the famous Oratory, a place of prayer and song and friendship, were laid among the laity of all classes who gathered around him, and the Congregation of the Oratory, the priestly expression of St. Philip’s life, arose out of the lay movement and served it.  This integral connection to a lay apostolate is so constitutive of St. Philip’s vision that it is still the case, whenever an Oratory is founded, that there is both a clerical and a “secular” or lay expression of Oratorian life that comes into being.  In this, Philip might be said to anticipate the ecclesial movements of our own time, as places of intensive Christian life in which lay and clergy find a common life and a common evangelistic mission.

It was characteristic of Philip’s apostolic work that he set great store by the Holy Scriptures as the living Word that could exercise a transformative effect on the attentive believer.  He developed a way of preaching and speaking about the Faith that was both intellectually penetrating and accessible to the uneducated, centered on the study of Scripture.  This was a bold thing to do in a Church that was still reeling from the divisions produced by the Protestant reformers, whose insistence on sola scriptura made any attempt to teach the Scriptures to common folk highly suspect, and Philip came in for his share of suspicion.  But he kept on with steady perseverance, winning the day with his humility and his profound insertion into Catholic truth. 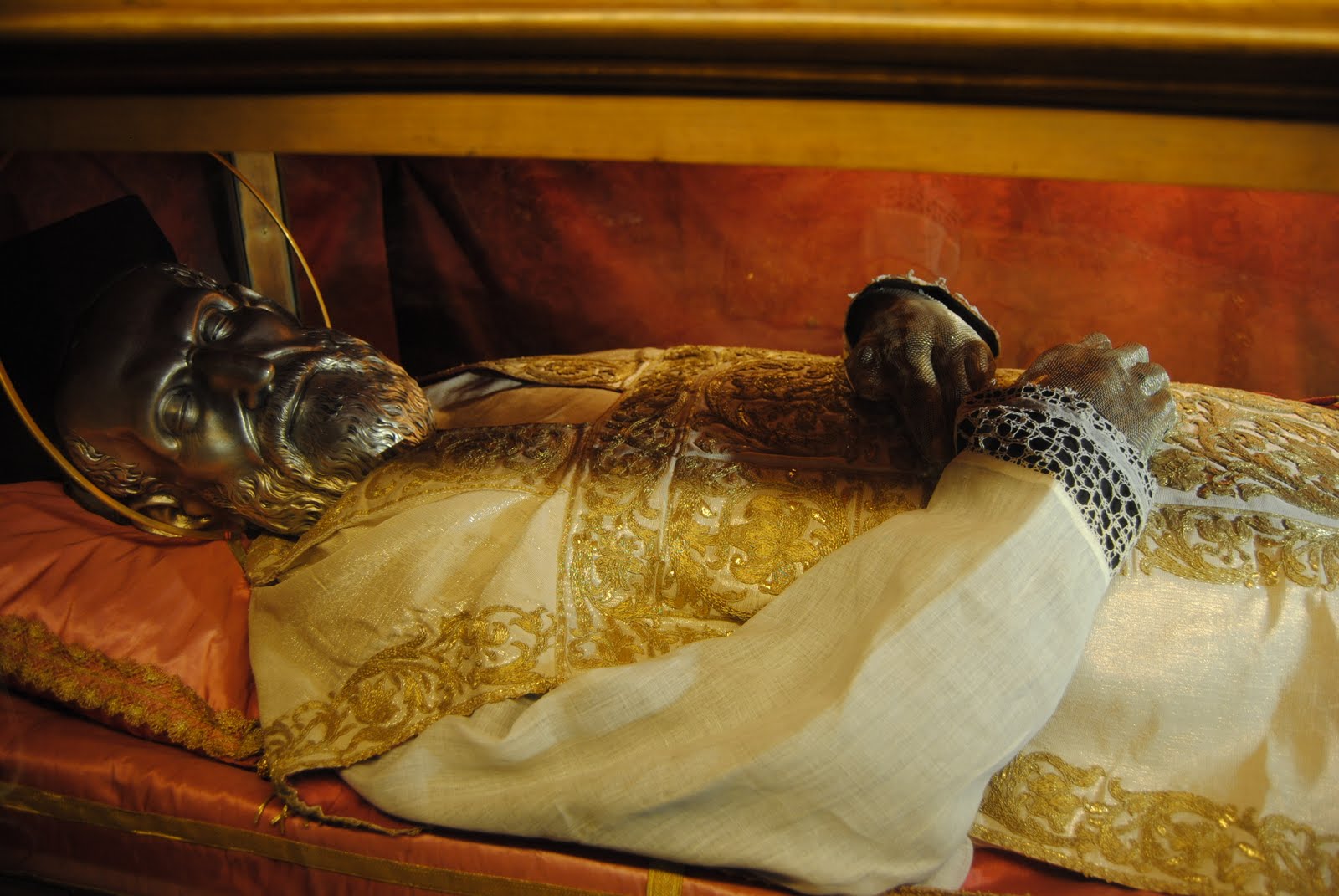 Philip’s own experiences in prayer, culminating in an extraordinary visitation of the Holy Spirit entering him as a seeming ball of fire while he was praying one night in the Catacombs, were the wonder of Rome.  He took to saying Mass by himself in order not to be on public display at those moments when he was overcome physically by the strength of God’s presence within him.  He was a living witness to the depth of relationship God the Father desires with his children.  At the same time, he insisted tirelessly that the essence of conversion had to do with the mind, with mortification of the razionale, and he had a sharply expressed impatience with affectations of spiritual experience.

Philip insisted on a deeply human expression of the Faith.  A man of great personal austerity, nonetheless he encouraged the development of a genuinely human culture around him.  He set up the Congregation of the Oratory as a form of priestly life without the taking of vows, such that only healthy friendships founded upon charity, his beloved divina carità, would allow the Oratory to function and continue.  He insisted that every Oratorian house be a home, a place of human flourishing.  His encouragement of music was legendary: Palestrina was one of his penitents and wrote music for the Oratory, and the style of music called the Oratorio, the best known example of which is Handel’s Messiah, took its name from the Oratories in which it developed.  In scholarship, in architecture and the arts, in all things that contribute to sound and attractive Catholic culture, Oratorians made their distinctive mark.

In all of this, St. Philip has much to say to us.  His insistence on the apostolic importance and call to holiness of the laity, his delight in Sacred Scripture, his integration of faith and reason in his own pastoral activity, his delight in all things human and encouragement of rich faith-filled cultural expressions, have a remarkably modern ring to them.  They are just the sorts of spiritual medicines needed by our time.  It is no doubt partly for this reason that Blessed John Henry Newman, when he was looking for a way of life for the young men who had gathered around him upon his conversion, settled on St. Philip and his Oratory.  Newman thought that Philip and the tradition of life and apostolate he founded would be particularly suited to the emerging secular modern world that it was so much Newman’s mission to understand and rejuvenate with the Gospel, a task that we have come to call the “new evangelization.”

And running through and crowning all is St. Philip’s outrageous sense of humor.  He was a person of immense joy, and of that special kind of humor that can be experienced only by those who see the human race as God sees us: often silly, regularly stupidly pompous, in great need of help, but beloved and called to a high destiny.  Philip seemed to be almost a clown in his constant practical joking, in the penances he would give to his followers, in his private conversation.  It was the same kind of “clownishness” displayed by St. Thomas More on the scaffold: an ability to laugh at the worst that the Devil could do, a recognition of the absurdity of so much human pretension, and an abiding confidence in a loving and often humorous Heavenly Father.  An age such as ours—so deadly serious while so steeped in the distraction and presumption and despair that inevitably settles upon mind and heart when men forget God—is in great need of this laughter of St. Philip.  It was said that there was enough joy in him to set a kingdom laughing.  May we be given some measure of this medicine, and learn to laugh, and to love, in the manner of this great Apostle of Rome.